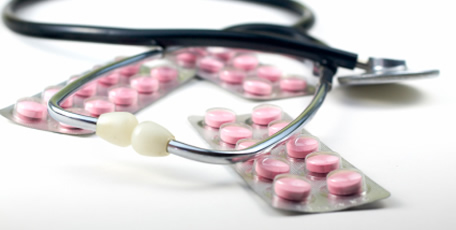 Bioidentical hormone replacement therapy for Men & Women, also known as BHRT is a term used to describe the treatment of hormone deficiencies in women caused by menopause. Bioidentical treatments use only molecules that are identical to the endogenous hormones found in the human body.

Some advantages of Naturopathic Bioidentical hormonal support include:

What conditions can be treated using Naturopathic bioidentical hormonal support?

Dr. Thompson Medical Doctor studied under the renowned bioidentical hormone specialist Dr. Neal Rouzier, MD of WorldLink Medical completing her Hormone Optimization Training. She draws on her vast experience with complex patients with a special interest in a holistic approach to medicine. Widely read on such topics as chronic fatigue and autoimmune conditions. She is in good standing with the TruBalance Healthcare Canada BHRT Physicians Network.
Dr. Thompson studied medicine at the University of the West Indies Mona Campus in Jamaica, graduating in 1994. She worked locally as an intern and medical officer from 1995 to 1999, then migrated to Canada 1999. Dr. Thompson was accepted to the Ontario International Medical Graduate Program from 2000 – 2002. She completed her residency in Family Medicine at the University of Toronto 2002 – 2004. Since 2004 she has worked in different medical practices located in the communities of Scarborough, Brampton, and North York. Dr. Thompson now practices privately with Bioidentical Hormones for men & women at The Markham Natural Health Centre. Her training in the Optimization of Bioidentical Hormone Therapy allows her to apply her skills in menstrual and post menstrual, thyroid imbalance, chronic fatigue and depression among other conditions for women along with training in Andropause (the male menopause) for men.