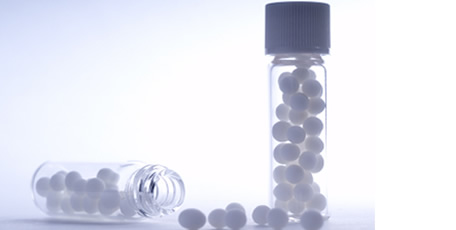 Homeopathy, also known as Homeopathic Medicine, is a whole medical system which was developed over 200 years ago in Germany by a physician named Samuel Christian Hahnemann and has been practiced in North America since the early 19th century. The term Homeopathy comes from the Greek words homeo, meaning similar, and pathos, meaning suffering or disease. Homeopathy seeks to stimulate the body’s ability to heal itself by giving very small doses of highly diluted substances.

Homeopathic principals state that a disease can be cured by a substance that produces similar symptoms in healthy people. This essentially means that if a substance can cause disease symptoms in a healthy person, then small amounts could cure a sick person who shows similar symptoms. They also state that the lower the dose of the medication, the greater its effectiveness. In Homeopathy, substances are diluted in a stepwise fashion and shaken vigorously between each dilution. This process, referred to as “potentization,” is believed to transmit some form of information or energy from the original substance to the final diluted remedy. Most Homeopathic remedies are so dilute that no molecules of the healing substance remain; however, in Homeopathy, it is believed that the substance has left its imprint or “essence,” which stimulates the body to heal itself (this theory is called the “memory of water”).

Homeopathy is successful in treating these and a variety of other disorders: